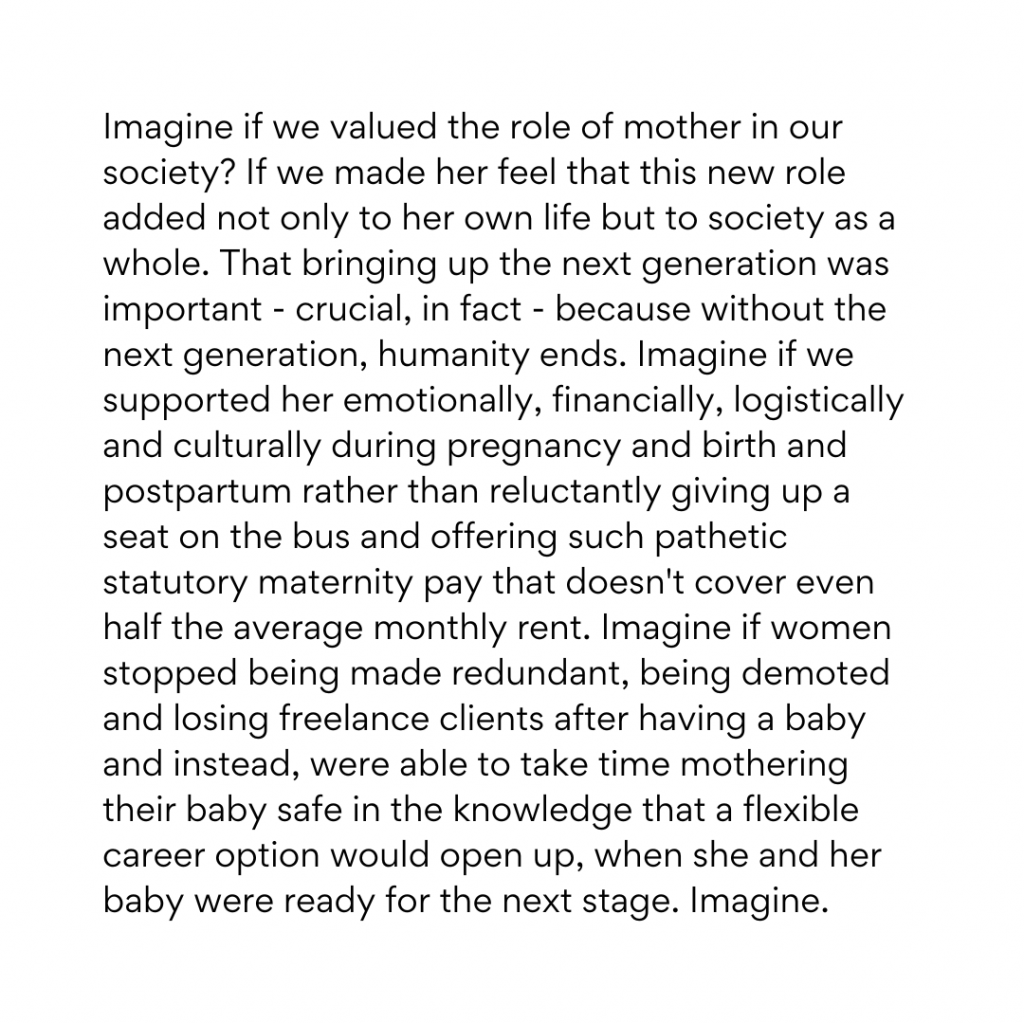 Imagine if we valued the role of mother in our society? If we made her feel that this new role added not only to her own life but to society as a whole. That bringing up the next generation was important – crucial, in fact – because without the next generation, humanity ends. Imagine if we supported her emotionally, financially, logistically and culturally during pregnancy and birth and postpartum rather than reluctantly giving up a seat on the bus and offering such pathetic statutory maternity pay that doesn’t cover even half the average monthly rent. Imagine if women stopped being made redundant, being demoted and losing freelance clients after having a baby and instead, were able to take time mothering their baby safe in the knowledge that a flexible career option would open up, when she and her baby were ready for the next stage. Imagine.