This platform is huge in the US and is quickly growing in the UK, too. According to Statista.com: ‘as of February 2019, Pinterest held a market share of approximately 14.59 percent among online social networking platforms in the United Kingdom (UK).’

So if you’re not already on there, it may well be worth giving it some time. When I launched The Early Hour, I carefully set up different ‘boards’ for each section of my website, eg ‘work life’, ‘mornings’, ‘parenting’. I pinned articles from my website, and I pinned other people’s content that I liked and was relevant.

However, I didn’t have the time to go full-throttle so when I decided to focus just on Instagram, Facebook and Twitter, I began to just ‘pin’ each new article on The Early Hour, so that it was available via Pinterest, but that was it. I’ve left it at that for a couple of years and interestingly, I still get 47.8k unique views each month. So it’s worth the three seconds it takes to pin my articles.

Designer Laura Amiss takes a more professional approach to her Pinterest account so I asked her to share some tips. I think it’s worth noting her point about not necessarily needing loads of followers to generate sales. This should be kept in mind for all platforms: it’s about an engaged following, on the right platform, over millions of followers who are never going to pay for your service/product. 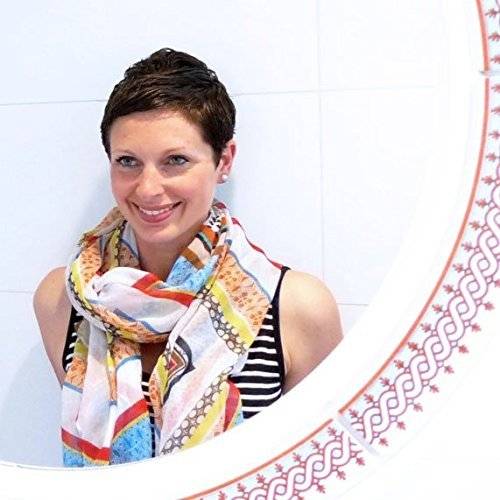 First off, I think it’s important to remember that Pinterest isn’t considered social media in the same way that Instagram, Twitter and the like are. It’s a visual search engine, which of course can be vital as part of your social media campaign. Another observation is that Pinterest doesn’t give you quite the same buzz feeling that Instagram provides for example when you get loads of ‘likes’ and ‘interaction’ on a post. There’s not that kind of instant gratification or feedback.

Pinterest is where people who want to spend money hang out. So the good thing about this platform is that with hardly any followers, you can reach a large amount of people. I’m not sure the whole ‘followers’ culture exists within Pinterest, it’s more about getting people to re-pin your images to their boards – but of course increasing your followers is also a goal.

My tips –
1. Pinterest likes new and consistent pinning and content. It likes to see you pinning a mix of your own images and other people’s.

2. When you set up your Pinterest page for your business, you should have a Pinterest Business Account, which is free and easy to set up. You are able to have public and private boards. I keep public boards pretty focused on my business along with boards that support my aesthetic, influence, my style or provide inspiration and where I think my work would be well placed (so for example I have a ‘Nursery Decor’ board, ‘Teen Room Decor’, ‘Travel Gallery Wall’ etc).

3. Pinterest, or at least the people using Pinterest, like long pins – they look better online and get much more attention than square images. Using text over your image – such as call to actions or slogans – is also considered a good idea every now and again.

4. Using a scheduling app such as Tailwind is pretty much a must (the free version of Tailwind is brilliant). The app can pin and re-pin your content throughout the day when you aren’t able to do so. Within Tailwind you can join ‘Tribes’, you can find tribes that fit your content or aesthetic and pin your work there and someone will usually re-pin or share this, with the assumption that you will re-pin/share another Tribe members’ pin. It sounds complicated but it’s actually an easy way to increase your audience.

5. Joining Group Boards is useful way to pin to a specific audience.

I think, like with most platforms, consistency and quality are key.