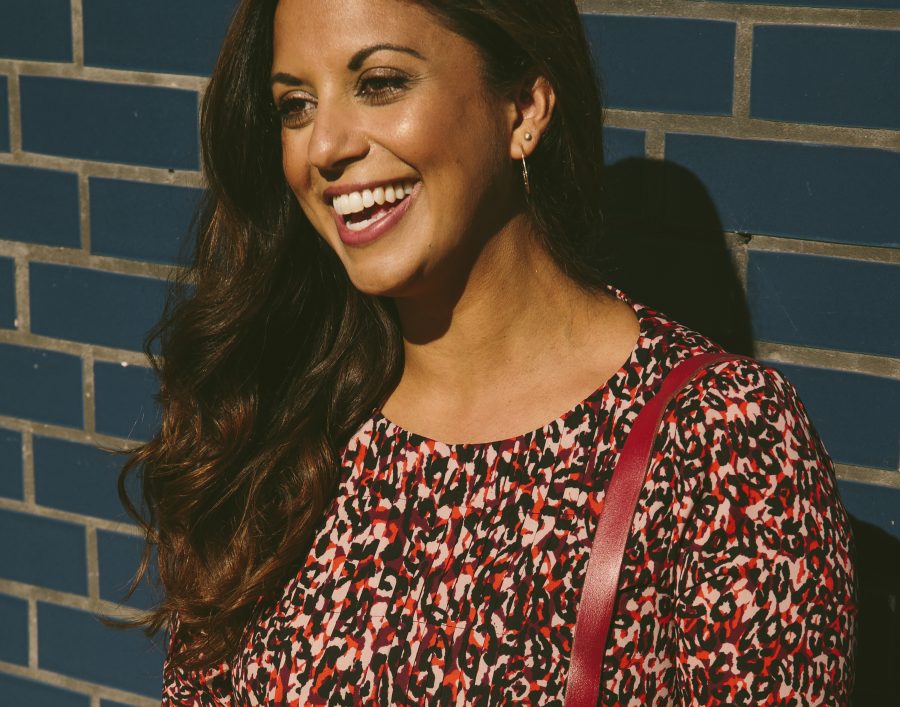 “I do my job because I believe that parents are not well supported by society in their role, that most mental health problems can be resolved or improved with the right support, and that by supporting parents we can create happier families and raise a healthier next generation.”

Dr Emma Svanberg, (aka The Mumologist), is a clinical psychologist working with parents and parents to be to support them during pregnancy, birth and the early years. She sees individuals and couples for therapy, runs a local parenting community and writes about common perinatal mental health problems. She’s also just published her first book ‘Why Birth Trauma Matters’, has written for publications such as the Guardian and the Huffpost and writes a regular column for Village Raw magazine, as well as contributing to others’ pieces on mental health and parenting. She also offers teaching and consultation to other professionals, run occasional workshops and speak at events.

She lives in north London with her partner and children.

How long have you been in your current line of work and what led you to it?
I have been working in psychology since I graduated from university, and worked for the NHS until my first maternity leave ended. Austerity was beginning to hit and my role had changed, so I decided to branch out. I saw occasional clients for therapy and hypnobirthing, launched The Village in 2015 and then set up The Mumologist Ltd in 2017. Last year I also co-founded a social enterprise Make Birth Better with perinatal psychiatrist Dr Rebecca Moore, to reduce the incidence of birth trauma.

Originally I wanted to be a writer and started an English degree, but have a lifelong interest in psychology. My dad is a psychologist and my mum worked as a social worker before setting up a charity for older adults with dementia. It’s very much part of our family culture to value supporting others, and I was increasingly interested in becoming a psychologist myself so I changed to a psychology degree. I was really lucky that my university (Goldsmiths) also gave me a year off to explore psychology as a profession. I went to Leeds to work in a mental health day care centre, and then to India to work with an organisation for children living in slums and conducted some research out there. That was enough to cement my interest in psychology.

My dad is a specialist in attachment (the relationship between parents and babies) and he and his colleagues sparked a particular passion for me. Alongside my own feminism, this has led me to the work I do now – supporting people in becoming parents, and raising awareness of the societal contribution to mental health problems.

What were you doing previously?
I worked in the NHS, mostly in primary care services attached to GP surgeries and SureStart Children’s Centres. My interest has always been around working with parents and children. Prior to that, I had a range of placements in different mental health settings, such as sexual health, learning disabilities, older adults and acute mental health problems.

Was there any training/studying involved for your current career?
Yes, quite a lot! Clinical psychology is notoriously competitive and I was lucky to be accepted to UCL to study. The doctorate in clinical psychology takes three years, but because of the scarcity of places, most people do a range of different jobs and qualifications before applying. I did two research posts (at the Anna Freud Centre and with the E-Risk Twin Study, both fascinating projects) before I was accepted.

The training itself is varied, we do a range of placements to gain a broad scope across the spectrum of mental health difficulties. I’ve also done further study since qualifying, in different therapeutic techniques, working with groups and couples, and parent-infant observation tools.

Do you do it for the love of it, money or both?
Definitely not the money! Most people certainly don’t choose to work for the NHS for material benefit. I still struggle with my decision to leave as I strongly believe psychological support should be freely available to all. My business is still very new and most of my earnings have gone straight back into it. Most people think psychologists go private for the money but more often it seems to be about fitting in with family life – and more recently feeling unable to work for the current NHS. Many of my colleagues have been through a similar process, although many of us also hope to go back to the NHS in the future.

I do my job because I believe that parents are not well supported by society in their role, that most mental health problems can be resolved or improved with the right support, and that by supporting parents we can create happier families and raise a healthier next generation. Wouldn’t it be great if we didn’t need psychologists anymore….

Which career moment are you most proud of?
I’ve had some objectively ‘big’ successes this year with the publication of my first book and a number of articles in the national press. But what I continue to be proudest of is when people tell me I’ve helped them in some way. That’s why I do what I do.

And your lowest point?
Probably having to make the decision to leave the NHS. I didn’t realise how lucky I was to have trained when I did, when I had a varied experience learning different models of therapy. Since austerity and the subsequent budget cuts, there has been in many services, a vastly different offer of care and a much greater emphasis on targets (which are quite often not appropriate to the individuals we work with… in my opinion). Waiting list targets were cut so people are often left sitting on waiting lists for many months. What this means for many services is that, unconsciously or not, they have to start dissuading people from referring to them so referral criteria changes and people end up getting bounced around between services.

Early intervention and prevention has become scarcer – particularly with the closure of so many SureStart centres – so people have to reach a point of crisis before they will receive support. And as everyone becomes more and more stressed, it becomes harder to work in a joined-up way. A lower quality of service becomes tolerated. When I started to feel like I couldn’t offer the standard of care that I felt was personally acceptable to me, I decided to leave. It was a very difficult decision – those who work for the NHS tend to be very loyal to it and it was not only a wrench for me but also I still feel I have to justify it!

I must say though that there are professionals and services who are so committed to delivering a good service despite reduced resources. Those individuals are what keeps it going.

What are your daily work challenges?
Time! I often have lots of different projects on the go as well as my clinical work. Clinical days are great as I can focus just on working with my clients. Other days I might be doing some Make Birth Better work, trying to liaise with different people and organisations, trying to write something, sorting out my website… often the day goes past in a heartbeat. And it can be a challenging job of course. You’re dealing with difficult stories a lot of the time and occasionally I notice that I am becoming affected by that. For me it’s just the strong sense of injustice I get when I hear others’ experiences, which often could be prevented with the right support early on, or a society that was built in a more equal way. But when I do find myself getting affected I have a lot of places I can go – good supervision is an essential part of my work.

How do you cope when things aren’t going as you’d like with work?
Not surprisingly, I talk. I talk to my partner, my family, trusted friends, colleagues. I canvas a wide range of opinions and formulate a plan to get things back on track. But just like everyone else, I get stressed and have some positive and some less healthy coping strategies!

Do you reward yourself after a work success – if so, how?
Actually I’m not great at taking stock and rewarding myself for successes, I am a bit of a magpie and often start looking ahead to the next shiny new thing as the old thing is ending with projects. But I think that’s because a lot of my objective work successes involve other people – whether that’s clients or colleagues. So while I don’t congratulate myself very much, I do feel very proud of our shared achievements.

Would you be comfortable to tell us what you earn?
For quite some time my earnings were negligible – we agreed to live on one salary when I was on maternity leave knowing that I might not be going back into the same job. Last year, my first as a Limited Company, most of my income went straight back into the business and further training. So ask me again in a year!

Are you happy with that amount?
We knew initially the business would not be particularly profitable, and I wanted to invest in it (and in my own professional development) in those early days. This year I’d like to bring home a more regular income.

What’s the dream/aim/goal – career-wise?
Good question because it’s changed a lot. When I was younger, it was probably to be recognised in some way. I was always an archetypal high achiever, and I wanted to leave a mark. Now, it’s more about having an impact. Interestingly I have had some ‘external validation’ this year with a rise in my profile, and noticed that this actually wasn’t what validates me these days. So the goal is just to keep on trying to make a positive difference to people’s lives, whether that’s through my client work, through writing, through talks. I’d love to be able to say that I, in some small way, was part of a shift to a greater value being placed on the role of parents.

Three people we should follow, in your industry?
Emma Murphy, @thepsychologymum who makes psychological concepts so easy to understand and so beautifully demonstrates an evidence based approach – which is increasingly important when there is so much advice on the internet! And she frequently has me in stitches

Suzy Reading @suzyreading whose warmth just shines out of everything she does. Her concept of ‘micromoments’ of mindfulness is something I come back to daily.

Julianne Boutaleb @parenthoodinmind who is a mentor of mine, and is incredibly knowledgeable and reassuring, as well as mothering a large quantity of perinatal psychologists in London!

Anything you’d like to plug?
I’m hoping to launch a series of online courses in the coming weeks, the first will focus on breaking past patterns – exploring how to let go of the influence of our own childhoods when we become parents. And of course there’s my book! ‘Why Birth Trauma Matters’ was published by Pinter & Martin in July and is for anyone who has experienced a birth that they feel is still having an impact on them.